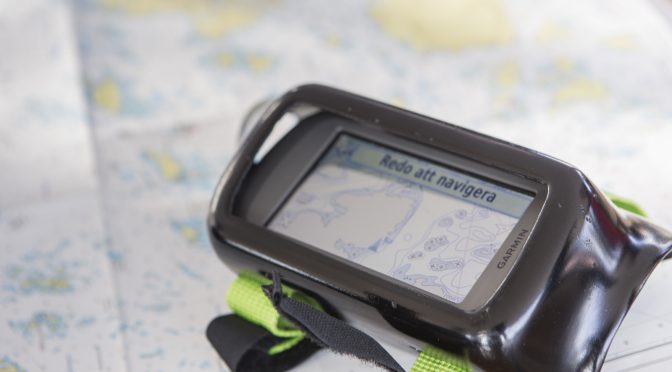 The Check Points in the Stockholm Archipelago Raid is what the Control Points are in an Orienteering race. They can be buoys, light houses, rocks, skerries, kerns or even a beach. You have to round them on the right side and then try to find the smartest way to the next one. But between the Check Points there are many dangers; some very visible islands to round and some rocks lurking beneath the water to dodge. The saying “To finish first you first have to get to the finish” has never been more true.

The playground is set. 65 Check Points are spread out over a vast area, about 40 NM from East to West and 50 NM from North to South, but not all of them will be used.
Each day in the morning the sailors will get the course for the day. The course is set by the Race Office as late as possible depending on the weather forecast. During lunch break there can be changes to the course. And, if the weather changes quickly compared to forecast, the course can also be altered at a checkpoint during the race for security reasons.

The Check Points have been given to the sailors in advance so they can down load them into their navigation device. They will also have a sea chart for oversight and planning purpose. There is never one way to get around the course, and many legs has been won, not by the fastest team but by the team that took the best way. It is one reason why different Swedish teams (never the same) has won for the last 5 consecutive years. They have the advantage of knowing the archipelago better. Maybe this year it won’t be enough…