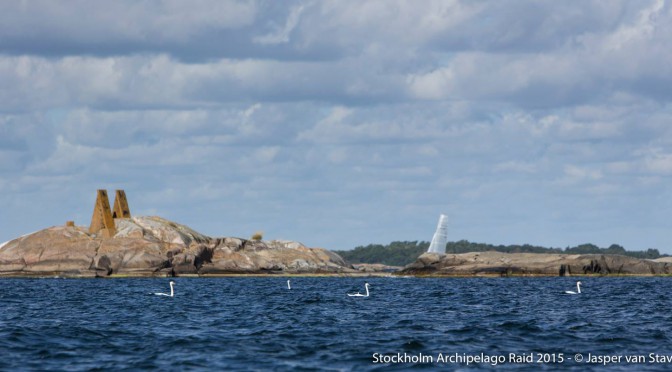 26 teams with participants from Great Britain, Germany, Netherlands, Norway, South Africa, USA and Sweden will participate 2016.  Six teams are mixed and one is female which is by far a record number of women in this pretty though long distance race! The female team is also the youngest with Ida Svensson, 19, sailing with Therese Antman, 27.

To win the Mixed class you might have to win the Mens class too. The defending F18 World Champion Gunnar Larsen sail with his wife Lisa (former World Champion and Olympic bronze medalist in 470) and the Nacra 17 / F18 specialists Elke Delnooz/Jeroen van Leeuwen (3rd overall in the European Championship 2016) are competing in this class. Both Jeroen and Gunnar has sailed “Archipelago Raids” before.

The defending Raid Champion Tomas Westergren, 29 has paired up with last year 2nd Rasmus Rosengren (Nacra 17, AC youth skipper) and will have to sail as consistent as last year to win again. Nordic Champion and raid-experts Fredrik Karlsson and Niklas Nordblom are also in the race to win and several other teams will make every minute count during the 4 days of intense racing.

Many famous sailors from all over the world have competed in the different raids over the years. For a full list of winners of the Archipelago Raid / Raid Revenge and Stockholm Archipelago Raid, see the F18 hall of fame.