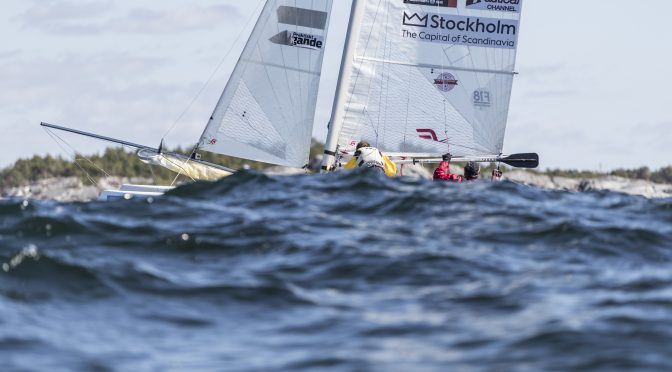 The Swedish F18 Association and the Stockholm Business Region have signed a marketing support agreement. The purpose is to promote the F18 Raid World Championship, the capital city and the nearby magic Stockholm Archipelago to an international audience.

The F18 Raid World Championship / Stockholm Archipelago Raid meet the high demands to receive the marketing support. It is an event that

The marketing support will mainly be used to produce great films, photos and content from the event that will be distributed in paid for and earned media channels. The aim is to make the event available and accessible with daily reports and interviews, live tracking and films. The viewers will get closer to the sailors, the sport and action than ever before. Onboard cameras and drones will be used to bring the action and adrenaline to the spectators.

The film and media team will also supply the Stockholm Archipelago social platform with content to increase traffic and raise awareness of the uniqueness of the archipelago.