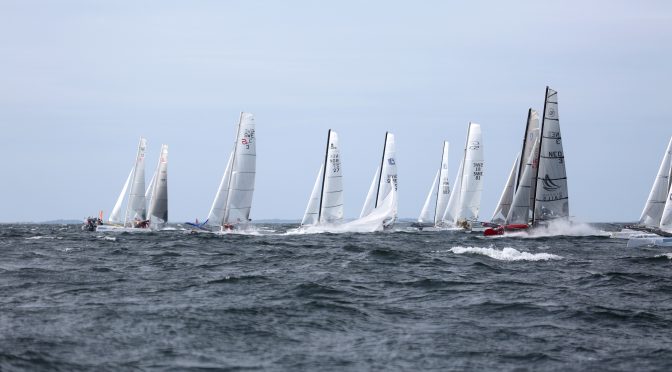 The Stockholm Archipelago Raid is set to take place on the 19th to 23rd of August according to plan. 30 teams signed up in 10 days. Precautions will be made to safeguard sailors and race officials from Covid-19. If the pandemic gets worse in the months to come and we are advised not to carry on even with safety measures the raid could however be cancelled at a later stage.

10 days after registrations begun the 1st of March 30 teams had already signed up. Then the Corona shit hit the fan and only one team has signed up since. The following teams from 8 countries have signed up and are welcome to join the raid in 2020. Registration fees will be reimbursed in case the raid has to be cancelled or if a team cannot join due to lock down, closed borders or similar.

Covid-19 is a humanitarian and economic catastrophy with over 100 000 dead so far (900 of which in Sweden) and a huge impact on people’s lives and the economy in every country on the planet. In Sweden, like in almost all other countries in the world, the strategy is to take counter measures to control the outbreak, to protect elderly people and to “flatten the curve” to allow the health care system cope with the number of patients who needs intensive care and ventilator treatment. We think this strategy must go on until about 60% of the population has had the virus so it is going to be a long-distance endurance race, not just a couple of laps around the buoys. Unlike other European countries though, day care and primary schools in Sweden have remained opened and even restaurants can carry on as long as the tables are separated enough and there are no servings at the bar. Gatherings of up to 50 people are allowed, but it is strongly advised to postpone festivities and to use common sense when gathering that many people. There is a lot of trust in people from the authorities and vice versa.

It is a big enterprise to organise the raid during normal circumstances and it is kind of overwhelming not to know if there will be 30 teams from all over the world or only 15 Swedish teams or no raid at all. But in these extraordinary times we shall not throw in the towel too soon. After all, there is no better place to be in the world during a pandemic than out on an F18 in the Stockholm and Åland Archipelagos.

Different options to safeguard the race officials and the sailors is being investigated. Keeping distance is very easy during racing but trickier during briefings, meals and sleep. Maybe all teams will have to sleep in their own tents instead of cabins and meals will be eaten outside around the camp fire in a true raid spirit. The aim is to make the 20th raid in the Stockholm Archipelago as memorable and spectacular as ever before.

There are different scenarios for what might happen in 4 months, but all of them are based on the assumption that the pandemic will still be ongoing with a very high number of patients in intensive care in Sweden and all around the world, that there is no “heard immunity” and no vaccine to protect us.Some of the raid sailors will have had Covid-19 but can’t be sure since they haven’t been tested and some won’t.

Personally, I believe in Scenario A.

Keep calm and carry on sailing.

/Lars Linder
on behalf of the Swedish F18 Association